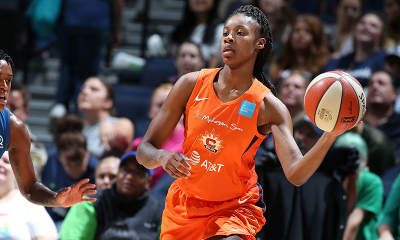 Nine Big 12 women’s basketball alums will compete in the 2019 WNBA Playoffs, which begin on Wednesday.

Iowa State’s Bridget Carleton will join Robinson and Sims on the Lynx. Two Big 12 alums will appear in the semifinals, as Texas Longhorn Ariel Atkins has a two-round bye with top-seeded Washington and West Virginia Mountaineer Bria Holmes also has a bye to the semifinals with No. 2-seed Connecticut.