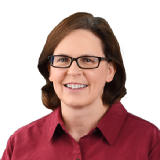 It took just one game for A’ja Wilson to amp up the excitement surrounding the Las Vegas Aces.

Out for nine games with an ankle injury, Wilson came back Sunday with 25 points, eight rebounds and four blocked shots in a 100-85 victory over Chicago.

Returning after getting hurt is one thing. Returning with a flourish of exclamation points? That’s Wilson, the 2018 WNBA Rookie of the Year whose injury in July just may turn into a “blessing in disguise” for the Aces.

Did they miss her? Of course. But they held their own. Las Vegas went 6-3 with Wilson out, and none of the losses were overwhelming. Two were by single-digits: by eight points at Los Angeles on Aug. 1 and by three to visiting Chicago on Aug. 9. They also officially lost a game that was, for all practical purposes, already lost: Aug. 5 was the second half of the earthquake-delayed game from July 5. The Aces were trailing by 15 at halftime of that one but were only outscored 24-23 in the third quarter of an eventual 99-70 loss

So even without Wilson, the Aces kept themselves in the hunt for a playoff bye into the semifinals. For a franchise that has not experienced the postseason since 2014 when it was still in San Antonio, locking up a playoff berth this early — and still being in contention for the prize of avoiding the single-elimination games — is an impressive feat.

Now they’ll try to keep the momentum going with Wilson back for the stretch run of the regular season. The blessing part of her being out is that during recovery, she also got some rest. Maybe that helps, as the Aces will be traveling a lot. They play five of their last six on the road, starting Friday at Connecticut.

Whichever team wins that game has the series tiebreaker between the Sun and the Aces, who split two meetings against each other, and a stronger path to a double-bye. With the Sun at 19-8 and the Aces 19-9, behind first-place Washington (20-7), Friday’s game is one of the most pivotal of the regular season.

Wilson and center Liz Cambage have combined for 86 points and 39 rebounds in the two games since Wilson returned. In their first year as a dynamic duo, they’ve clicked very well, with Cambage averaging 16.2 points and 8.6 rebounds, Wilson 16.1 and 6.6. But even with the superstars, the Aces as a team have gotten widespread contributions, as detailed in mid-August by FiveThirtyEight.

Forward Dearica Hamby (11.0 PPG, 7.5 RPG) filled in as a starter in Wilson’s absence. Even with Wilson back, she doesn’t mind returning to a bench role. In fact, she almost prefers it.

“Just because I know that’s worked for me and the team,” Hamby said. “Starting has worked also, but I’m fine with either.”

Hamby is known for her tireless motor, and that’s been of great value to the Aces no matter when she’s on the court. She brings energy constantly. There’s also the option for coach Bill Laimbeer to go with a bigger lineup using Cambage, Wilson and Hamby at the same time.

As for the guards, Kayla McBride (14.6 PPG) continues to be one of the league’s top perimeter scorers, and Kelsey Plum — while not shooting as well as she did last season — still is at 8.3 PPG.

Then there’s rookie point guard Jackie Young, the No. 1 pick out of Notre Dame who doesn’t even turn 22 until mid-September. Young has had to learn on the fly, and she’s done that, averaging 6.5 points, 3.4 rebounds and 4.3 assists. Laimbeer said he was frank with Young after he picked her.

“I told Jackie at the start of the season there was no way in hell she’d get close to being Rookie of the Year, because we had too good of a team,” Laimbeer said. “Most rookies who win that come from high draft picks of bad teams, because they’re counted on to score, score, score.

“Jackie has obviously done very well for us, but she’s not going to get the statistical notoriety. But she’s a starter on a very fine basketball team.”

Laimbeer also has asked Young to make some changes to her shooting form, putting more arc on the ball, and she’s embraced that, too. Laimbeer said Notre Dame coach Muffet McGraw told him Young was a player who would do anything that was asked of her.

“Which has been true,” Laimbeer said. “Whatever we ask her, she implements. Right now, she’s overshadowed. But that was her role at Notre Dame, too. She will be, by Year 3, I think, a really, really good player. She can do that.”

The pieces are all back together for Las Vegas. Yes, they’re a young team and the rest of the schedule will be challenging. As a group, they have little to no postseason experience. But with Wilson back and a playoff berth already in hand, now it’s just about seeing how high they can keep climbing.